In the wake of last month’s High Court decision in favor of a Kenyan organization seeking human rights for LGBTI people, some anti-gay Kenyans have opened the door to even more intense persecution of LGBTI Kenyans.

The latest step in that direction was today’s publication by Kenya’s tabloid Weekly Citizen of a list of the country’s “top” 14 gays and lesbians, with 10 front-page photos.  LGBTI activists weren’t alone in criticizing the article; so did ordinary readers of the newspaper’s online blog.  None of the early online remarks was positive; comments included “Shame on you,” “This is totally useless and uncalled for,” and “You must be proud for spreading hate.”

The tabloid listed several LGBTI activists but also, Gay Star News reported, some people who had not disclosed their sexual orientation. 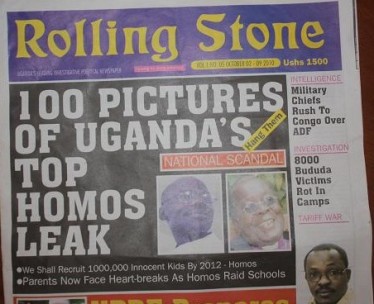